According to a report from Crowdstrike, well-known cybersecurity companies have become the most recent victims of impersonation attacks. The phishing campaign uses a fake e-mail, which looks as though it is coming from a real cybersecurity company, that then urges the user to call them. Social engineering ensues with attempts to install a tool which would grant the attacker remote access. The report says “this is the first identified callback campaign impersonating cybersecurity entities and has higher potential success given the urgent nature of cyber breaches.” The exact companies being impersonated were not mentioned.

This is yet another example of why it is important to educate yourself and your workforce. Cybersecurity companies like F-Secure, Crowdstrike, etc. will not contact users directly. This e-mail, no matter how real it may seem, should immediately be seen as fake to the trained eye. At Fizen Technology we have begun to educate our clients through a partnership with a Cybersecurity Training company. As users click on the simulated phishing attempts, they are told what they should have looked out for in the e-mail that was a signal that it was fake. They are then signed up for additional trainings. 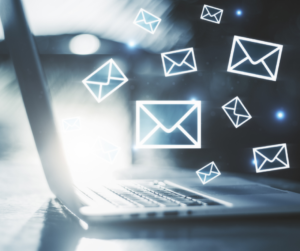 The best way to protect yourself and your business is to educate your employees on how to identify a cybersecurity attack and we can help with that.