The day after I quit my job to start a business, my partner backed out on me to accept another offer at our current employer.  This difficult experience taught me a number of key lessons. 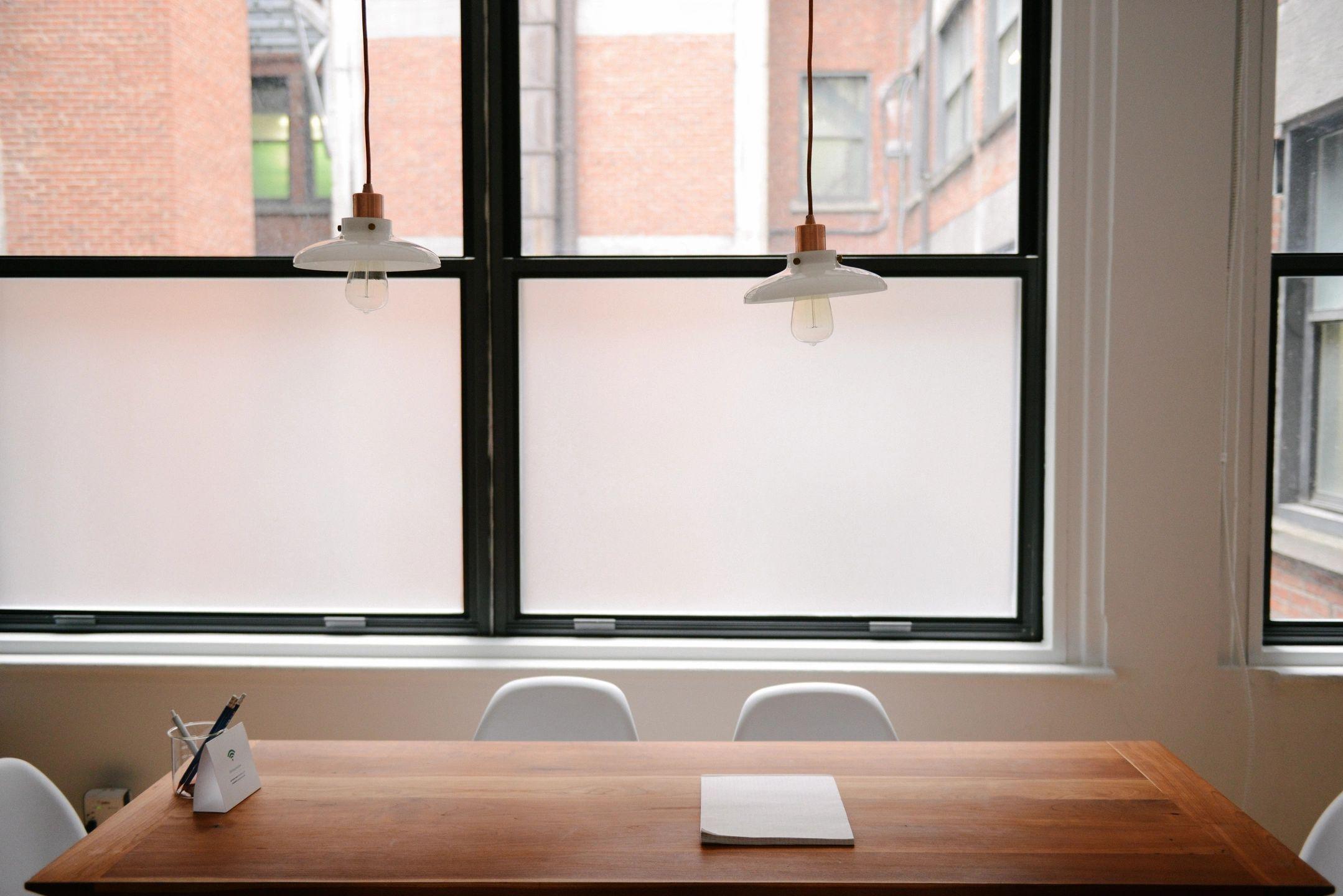 Not long ago I went through an experience that taught me a number of valuable lessons.  Looking back it was an opportunity for personal growth that could have only occurred through failure – the best teacher of all.

I was working as the lead technical architect for a business group at a mid-sized financial institution.  My counterpart on the business side approached me one day and suggested we start a business together and we began meeting regularly to discuss our ideas and ambitions.

Over the ensuing months we continued meeting more frequently.  We met with a former co-worker who owned a small consulting firm, and with whom I shared our business plans; he was very excited.  He had opportunities in the same space and offered to coordinate a demo with one of his clients.

The demos were a success and we began to work out a revenue sharing model with my colleague at the consulting firm.  Things were getting really serious and if we were going to do this we needed to consider going full-time.  It looked like we needed to take the plunge if this dream was to become a reality.

At this point, everything had been fun and games.  No real sacrifices or risks had been made, and as such the partnership had not been tested. I was concerned about my partner’s lack of involvement in the product itself, but had grown fond of him and found myself justifying his involvement.  I was dedicating nights and weekends while he was dedicating a few hours here and there.  I convinced myself that once we were full-time he would make the required sacrifices; as he was a “great guy”.

My partner’s family was not supportive.  He struggled to convince his spouse, his parents and I believe himself that this was something worth pursuing.  He would go back and forth, mulling over the comments being made by those around him; and this was starting to really change his personality.  I spent hours on the phone with him playing psychologist, listening to his concerns and trying to help him resolve the conflicts.  He went from being very enthusiastic early on, to almost a sense of torment over the next steps to be taken.  My partner started to become irritable and less compromising as the time to make a decision drew near.  He had only worked for one employer his entire career; this was going to be a huge step for him professionally.

My partner did find one benefactor that was supportive, a member of his family offered to purchase a sizable equity stake.  This would be the capital we needed to get going, travel, attend conferences, and balance our personal budgets during the first many challenging months of this new venture.  Great ideas can take time to mature, months, years even; and we needed to be dedicated to this for the long haul.

We continued meeting frequently.  I was programming like a mad dog to prepare for additional demos we had lined up.  We set a date to quit our jobs, my partner would quit first (something I wanted honestly to make sure he went through with the decision) and I would quit a week later.  Since we were both very well-known and prominent in the organization, we needed to handle this situation delicately.  There was not any desire to hurt the business, we simply wanted to pursue our own ventures.  This is America and we wanted to be entrepreneurs.

My partner quit his job first, he was all fired up and ready to make the leap.  This was great progress.  I quit my job a week later.  We had been advised to not communicate more information than was needed, and both gave our own reasons for exiting.  My reason for leaving was to pursue independent consulting, and I did in fact have a consulting offer lined up.

When I spoke with my boss to give my resignation I was immediately offered consulting hours.  I was very surprised.  We had experienced a lot of turnover recently within the organization, with employees leaving and returning back to this organization as consultants; there really wasn’t any more tolerance for “employees turned consultant”.

I immediately called my partner to let him know I’d quit and to communicate the great news, they have offered me consulting hours!  The consulting was to be part-time for a few months, to help the group make the transition to a new manager who had been hired only a few weeks earlier.

My partner hit the roof.  He had become more irritable as the months had worn on, largely due to the stress in making this decision, but I was surprised by his reaction.  We argued for about a half hour, I was failing to understand his concerns.  I asked him how we could fix this situation, and he indicated I needed to go back to our employer and tell them “no thank you”.  I had to refuse the offer.

We hung up and I gave it some thought.  This individual had made some significant sacrifices in deciding to leave his employment, and had drummed up investment money.  I decided I would go along with his desire to walk away 100%, not even accepting an offer for some part-time consulting.  I took the uncharacteristic step of going back to my boss and letting him know I had given it some additional thought and would not be able to accept his offer to consult part-time.  I was really let down but happy to know the relationship with my partner would be restored to normal.

The next day I didn’t hear from my partner, which was odd as we had spoken very frequently as this process had unfolded.  I ended up receiving an email, letting me know he was backing out.  He stated he could no longer trust me along with other accusations against my character.  I called him to plead that he’d reconsider, but he had obviously spoken with his family and had decided he was done.

Just like that, after being in business for but a moment – it was over.  Gainfully employed one day, entrepreneur for a moment and then fumbling to come up with a plan B.  Never had I been under so much stress professionally.  I not only quit my job but had refused an offer to side consult.  I was deeply hurt but needed to pull things together as best I could.

It ends up my partner had decided to accept a counter offer from our employer.  His accusations against my character ended up only being excuses to support his own insecurities.  It took a number of weeks to fully transfer the business to myself, but given all the work that I had put into it; I had decided to still move forward.  My career with this employer was at an end and asking for my job back was not going to get me where I wanted to be long term.  My former partner was not easy to deal with and wanted to immediately pull out 100%.  He did not seem to understand, or in the end frankly didn’t care, that legally there were steps I needed his help with if he no longer was to be a part of the business.  It was a nightmare.

The next few months were quite difficult.  I was able to secure a couple consulting opportunities and financially everything worked out very well, but the original business was too shattered by the loss of half its workforce on day one to fully recover.  I tried incorporating new partners into the organization but they didn’t have the same level of ownership and risks tied into the venture, and I made the mistake of offering equity as an enticement to work rather than only giving equity after specific milestones had been met.

We did end up having a number of demos and some positive experiences, but our company was too unproven and unstable to expect a large organization to buy into our burgeoning product.  The financial industry is full of vendors that will want to see an established or well-funded operation before sitting down to sign new license agreements. Our organization was in turmoil.

There is a lot more that could be communicated from this experience, but here are five key takeaways I’d like to pass onto others.

Trust is vital in a partnership.  Partnerships are difficult, much more difficult than working for another person.  A bad manager is better than a mediocre partner.  In my case my partner didn’t know me outside of work, had never met my family, and couldn’t have comprehended how his actions affected me and my loved ones personally.  In the end he didn’t care, this is business – not personal and most people will always look after their own interests first.  Keep this in mind when choosing a partner and consider pursuing your business on your own if you can.  A partnership is much like a marriage, and the majority of marriages fail.

Sacrifice equally with those involved, in either time or money

The person who makes the sacrifices of money and time has the most skin in the game.  Don’t expect others to care as much as you do if you are putting all the work in; time is valuable and people show their devotion by the amount of time they put in and the sacrifices they make.  I chose a partnership believing I could convince others of the benefits of putting in their time after the fact.  Don’t make this mistake, make people work for equity and ownership first.  Don’t give anything away for free, like a personal relationship – don’t get involved with someone who you believe you can change; find someone who already has your values and sense of direction.

Have patience during times of trial

When failures occur don’t jump too quickly to fix the situation.  Sometimes it’s best to let things settle for a few weeks or months rather than negotiating with others during a moment of weakness.  If you are panicking others will sense your desperation and take advantage of the situation.  I ended up partnering with a new group of individuals that opened up a whole new set of complexities, I gave away what I had spent an enormous amount of time creating.

Partner with dynamic individuals, who are willing to perform multiple roles.  My partner had only worked in one job his entire career.  He wanted to hire someone to do testing, hire someone to figure out contract negotiations, hire, hire, hire.  When you start a new business, you need to be a white knight – unless you can afford to outsource the work.  Partner with those who you know will not say no to work that is unpleasant, all hands on deck is the mantra in the early days of a business.

Don’t forget the importance of support from family and friends

Family support is critical.  If those you live with and trust don’t encourage you to move forward, you will be fighting an uphill battle on your own.  My partner’s family was not helpful during this process and some discouraged him, and in the end this fueled his fears towards me and the success of the business.  Fear won.

We take our craft seriously.  The team at Fizen Technology® loves solving Information System problems.  We do this by surrounding ourselves with great people and partners from within the industry.  As we grow and learn we document what we have discovered.  Find out more by browsing our Published Articles.